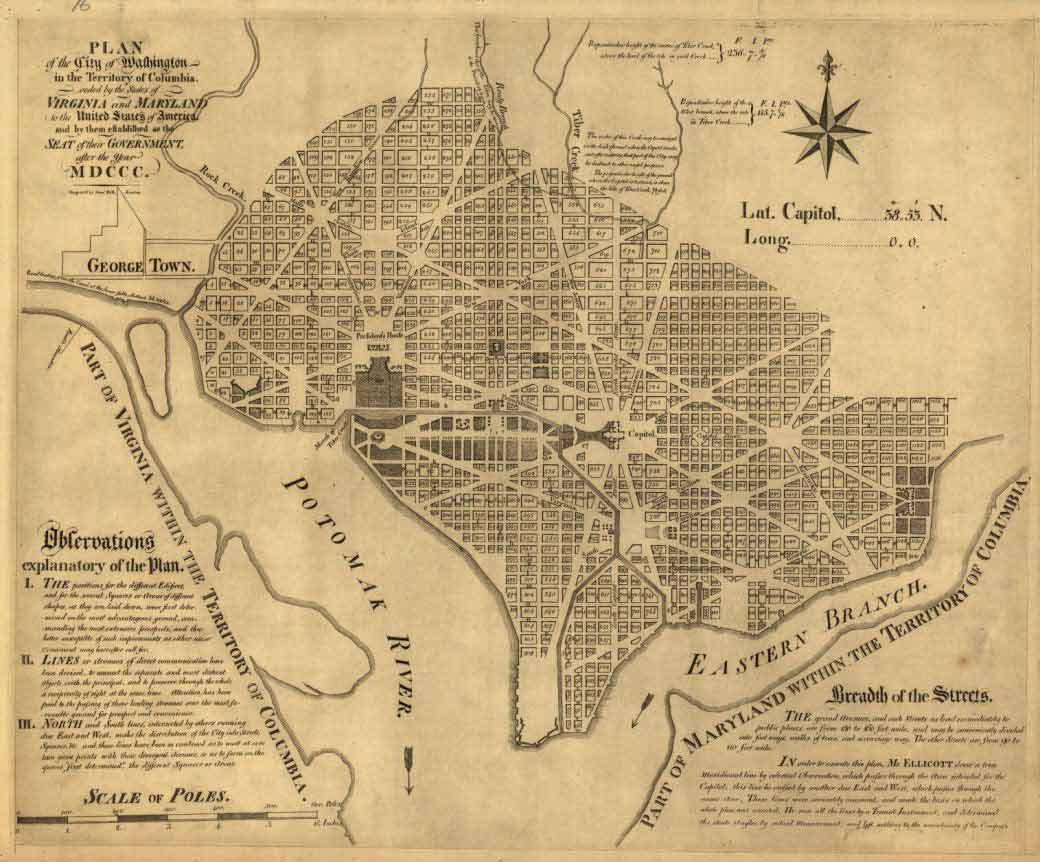 When the Revolutionary army needed more forces, a number of slaves were entreated or forced into the military, often with the promise of freedom as a reward for their service. But these promises were routinely betrayed, and many masters claimed the right to re-enslave blacks who had fought in the Revolution. Numerous petitions, such as the one here—which proved to be successful—testify to the struggle of blacks to claim their rights after their service. Benjamin Banneker, the child of a freed slave, taught himself mathematics and astronomy, predicted accurately a solar eclipse, and was appointed to plan the new city of Washington. Shortly before publishing a scientific almanac in 1792, he wrote to Thomas Jefferson, calling for an end to slavery. The exchange of letters between Banneker and Jefferson was published in pamphlet form by David Lawrence, a printer in Philadelphia.

I AM fully sensible of the greatness of that freedom, which I take with you on the present occasion; a liberty which seemed to me scarcely allowable, when I reflected on that distinguished and dignified station inwhich you stand, and the almost general prejudice and prepossession, which is so prevalent in the world against those of my complexion.

I suppose it is a truth too well attested to you, to need a proof here, that we are a race of beings, who have long labored under the abuse and censure of the world; that we have long been looked upon with an eye of contempt; and that we have long been considered rather as brutish than human, and scarcely capable of mental endowments.

Sir, I hope I may safely admit, in consequence of that report which hath reached me, that you are a man far less inflexible in sentiments of this nature, than many others; that you are measurably friendly, and well disposed towards us; and that you are willing and ready to lend your aid and assistance to our relief, from those many distresses, and numerous calamities, to which we are reduced. Now Sir, if this is founded in truth, I apprehend you will embrace every opportunity, to eradicate that train of absurd and false ideas and opinions, which so generally prevails with respect to us; and that your sentiments are concurrent with mine, which are, that one universal Father hath given being to us all; and that he hath not only made us all of one flesh, but that he hath also, without partiality, afforded us all the same sensations and endowed us all with the same faculties; and that however variable we may be in society or religion, however diversified in situation or color, we are all of the same family, and stand in the same relation to him.

Sir, if these are sentiments of which you are fully persuaded, I hope you cannot but acknowledge, that it is the indispensible duty of those, who maintain for themselves the rights of human nature, and who possess the obligations of Christianity, to extend their power and influence to the relief of every part of the human race, from whatever burden or oppression they may unjustly labor under; and this, I apprehend, a full conviction of the truth and obligation of these principles should lead all to. Sir, I have long been convinced, that if your love for yourselves, and for those inestimable laws, which preserved to you the rights of human nature, was founded on sincerity, you could not but be solicitous, that every individual, of whatever rank or distinction, might with you equally enjoy the blessings thereof; neither could you rest satisfied short of the most active effusion of your exertions, in order to their promotion from any state of degradation, to which the unjustifiable cruelty and barbarism of men may have reduced them.

Sir, I freely and cheerfully acknowledge, that I am of the African race, and in that color which is natural to them of the deepest dye; and it is under a sense of the most profound gratitude to the Supreme Ruler of the Universe, that I now confess to you, that I am not under that state of tyrannical thraldom, and inhuman captivity, to which too many of my brethren are doomed, but that I have abundantly tasted of the fruition of those blessings, which proceed from that free and unequalled liberty with which you are favored; and which, I hope, you will willingly allow you have mercifully received, from the immediate hand of that Being, from whom proceedeth every good and perfect Gift.

Sir, suffer me to recal to your mind that time, in which the arms and tyranny of the British crown were exerted, with every powerful effort, in order to reduce you to a state of servitude : look back, I entreat you, on the variety of dangers to which you were exposed; reflect on that time, in which every human aid appeared unavailable, and in which even hope and fortitude wore the aspect of inability to the conflict, and you cannot but be led to a serious and grateful sense of your miraculous and providential preservation; you cannot but acknowledge, that the present freedom and tranquility which you enjoy you have mercifully received, and that it is the peculiar blessing of Heaven.

This, Sir, was a time when you cleary saw into the injustice of a state of slavery, and in which you had just apprehensions of the horrors of its condition. It was now that your abhorrence thereof was so excited, that you publicly held forth this true and invaluable doctrine, which is worthy to be recorded and remembered in all succeeding ages : ``We hold these truths to be self-evident, that all men are created equal; that they are endowed by their Creator with certain unalienable rights, and that among these are, life, liberty, and the pursuit of happiness.'' Here was a time, in which your tender feelings for yourselves had engaged you thus to declare, you were then impressed with proper ideas of the great violation of liberty, and the free possession of those blessings, to which you were entitled by nature; but, Sir, how pitiable is it to reflect, that although you were so fully convinced of the benevolence of the Father of Mankind, and of his equal and impartial distribution of these rights and privileges, which he hath conferred upon them, that you should at the same time counteract his mercies, in detaining by fraud and violence so numerous a part of my brethren, under groaning captivity and cruel oppression, that you should at the same time be found guilty of that most criminal act, which you professedly detested in others, with respect to yourselves.

I suppose that your knowledge of the situation of my brethren, is too extensive to need a recital here; neither shall I presume to prescribe methods by which they may be relieved, otherwise than by recommending to you and all others, to wean yourselves from those narrow prejudices which you have imbibed with respect to them, and as Job proposed to his friends, ``put your soul in their souls' stead;'' thus shall your hearts be enlarged with kindness and benevolence towards them; and thus shall you need neither the direction of myself or others, in what manner to proceed herein. And now, Sir, although my sympathy and affection for my brethren hath caused my enlargement thus far, I ardently hope, that your candor and generosity will plead with you in my behalf, when I make known to you, that it was not originally my design; but having taken up my pen in order to direct to you, as a present, a copy of an Almanac, which I have calculated for the succeeding year, I was unexpectedly and unavoidably led thereto.

This calculation is the production of my arduous study, in this my advanced stage of life; for having long had unbounded desires to become acquainted with the secrets of nature, I have had to gratify my curiosity herein, through my own assiduous application to Astronomical Study, in which I need not recount to you the many difficulties and disadvantages, which I have had to encounter.

And although I had almost declined to make my calculation for the ensuing year, in consequence of that time which I had allotted therefor, being taken up at the Federal Territory, by the request of Mr. Andrew Ellicott, yet finding myself under several engagements to Printers of this state, to whom I had communicated my design, on my return to my place of residence, I industriously applied myself thereto, which I hope I have accomplished with correctness and accuracy; a copy of which I have taken the liberty to direct to you, and which I humbly request you will favorably receive; and although you may have the opportunity of perusing it after its publication, yet I choose to send it to you in manuscript previous thereto, that thereby you might not only have an earlier inspection, but that you might also view it in my own hand writing.

And now, Sir, I shall conclude, and subscribe myself, with the most profound respect, Your most obedient humble servant,