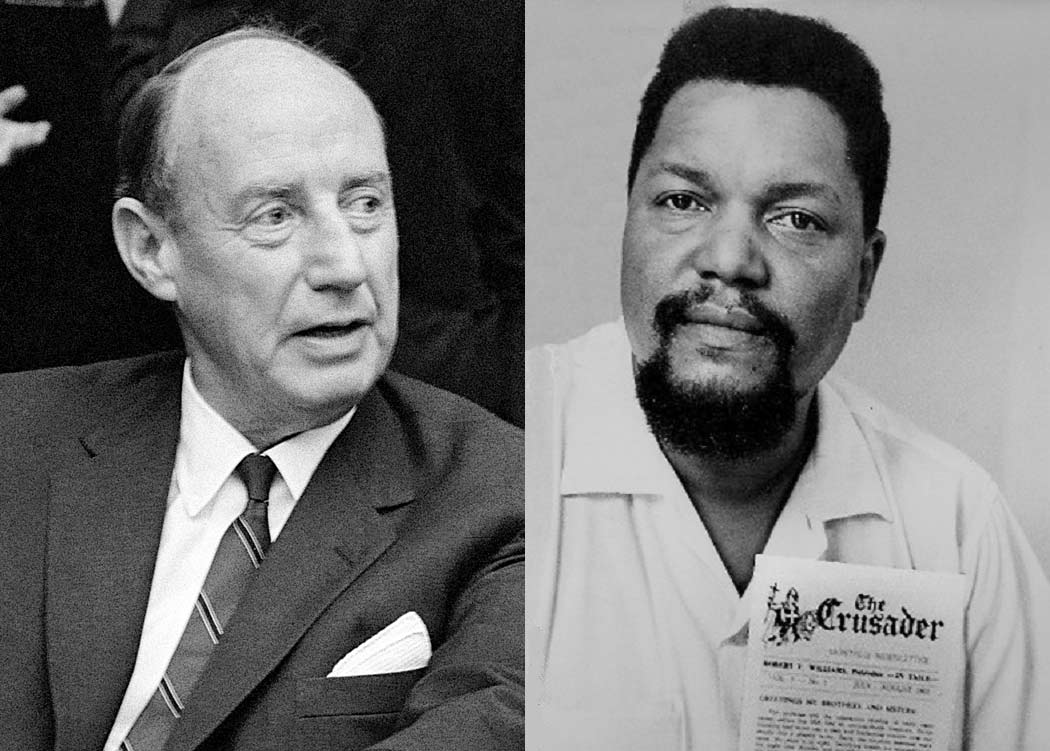 We had first encountered [Robert] Williams's (pictured at right) name in my freshman year, early in the Kennedy administration, in a way that could not help but get our attention. It was during the U.N. debate on the Bay of Pigs debacle. * Engaged in a desperate exercise in diplomatic damage control, U.S. ambassador Adlai Stevenson (pictured at left) piously announced he deplored "the betrayal of the Cuban revolution," and he reserved his government's right and affirmed its will to send assistance-military when necessary-to any people struggling anywhere for human rights and democratic freedoms. So there!

At the end of which, the Cuban representative, Ambassador Raul Roa, rose to read a letter he'd just received. Apparently, he'd been asked by the representative of another people struggling against oppression to convey an appeal for just such American military assistance. To wit:

Mr. Ambassador:
Please convey the following appeal to Mr. Adlai Stevenson: Now that the United States has proclaimed military support for people willing to rebel against oppression, oppressed Negroes in the [American] South urgently request tanks, artillery, bombs, money, and the use of American airfields and white mercenaries to crush the racist tyrants who have betrayed the American Revolution and the Civil War.
We request the world's prayers for this noble undertaking.
Robert Williams, President, NAACP
Union County, Monroe, North Carolina

To see the related entry on our Map of Blood and Fire, click here.

I'm told delegates and spectators in the gallery erupted. I know we at Howard howled. Reportedly Ambassador and the U.S. delegation was conspicuously not amused.